The Petrochemical Industry is based on raw materials acquired from the energy industries, such as naphtha (derived from crude oil), natural gas liquids (extracted from natural gas) and coal.

Braskem has also developed a process based on ethanol, creating bio-based ethylene and green PE®.

Ethylene and propylene are the building blocks of the Petrochemical Chain.

The top 10 ethylene producers were responsible for ~50% of the global production.

Most of the Companies are integrated, either on the upstream, on the downstream or both.

The ethylene price is set by the marginal producer, the one with the highest cash cost: usually smaller, older, naphtha-based plants located in Europe or Asia:

The Propylene / PP cash cost works in a similiar way:

Price Setting mechanism in Brazil is set by the rule of Import Parity: 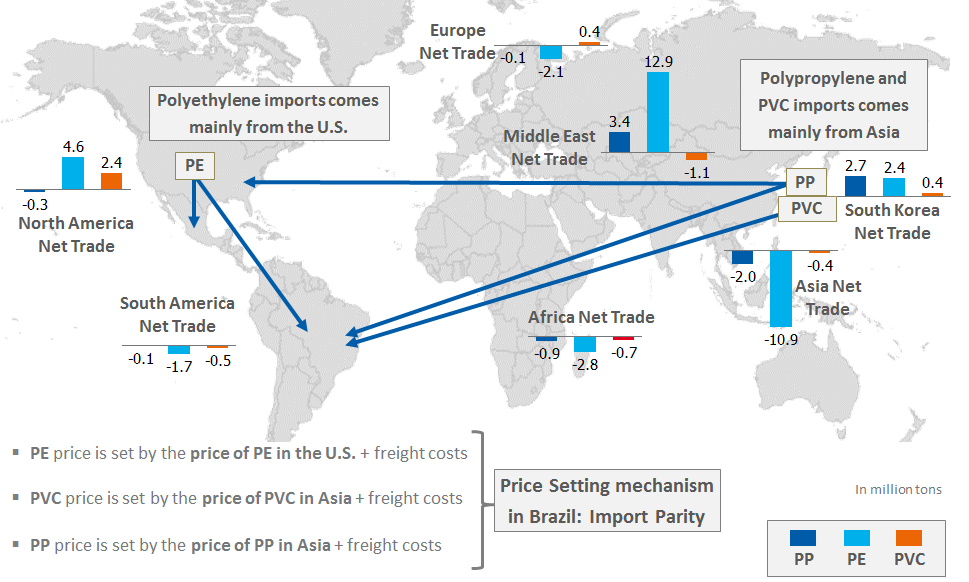 Although China is the largest resin importer in the World, other countries from Asia export a significant volume of product, influencing the price in regions such as South America. It is important to keep in mind that the arbitrages are dynamic and can change over time.

Cyclicality of the Industry

Investments in the petrochemical industry do not occur in a linear fashion with demand, which results in significant excesses of capacity at certain moments. 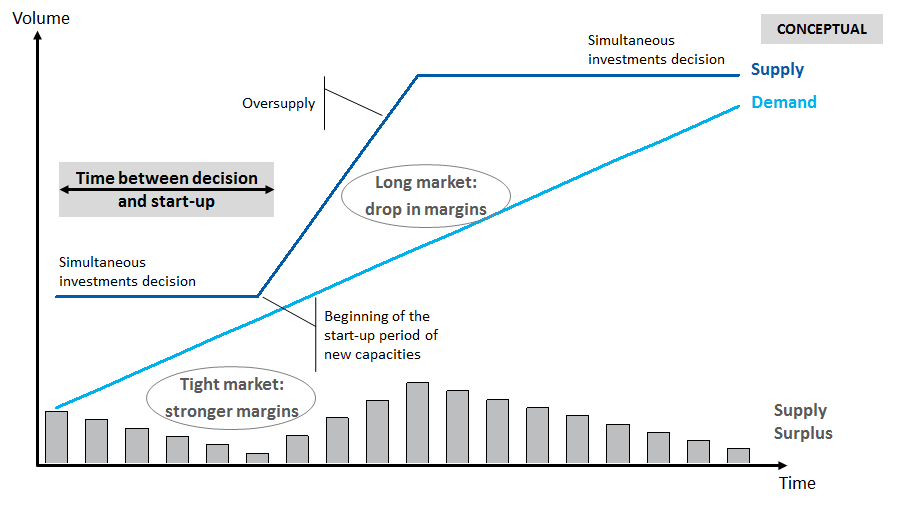 In the beginning of 2018, the Industry begins to enter the period of start-up of new capacities, especially ethane-based projects in the U.S. that were postponed and are now in the commissioning phase. These delays gave time for the demand to catch up with supply, therefore, the next downcycle shall be shorter than expected.

The next wave of new capacities is expected to come only after 2020.