The Board of Directors of Braskem, the largest producer of thermoplastic resins in the Americas, has announced the approval of a $675 million investment for the construction of a new polypropylene (PP) production facility in the city of La Porte, in the state of Texas. The investment in the new industrial plant reinforces Braskem's leading position in the production of this thermoplastic resin in the United States, where the company already owns five other PP industrial units, as well as a high-value polyethylene production line (UTEC). The construction of the new La Porte plant is expected to begin this year and to be completed by the first quarter of 2020.

"The authorization to continue investment in the production of polypropylene in the United States is the latest milestone in Braskem's internationalization strategy. The new world-class petrochemical plant will add substantial production capacity in the region and will help us meet the growing demand of our customers, reaffirming our position as the largest polypropylene producer in the Americas and the third largest resin producer in the world," said Fernando Musa, President of Braskem. According to Musa, with the competitive advantage of shale gas energy production, North America has one of the most favorable raw material mixes in the world in terms of access to low-cost input sources and suppliers. "With its latest polypropylene plant, launched in 2005, North America began depending on the importation of the product in 2016. Thus, additional investment in the United States is a natural step in our strategy," said the President of Braskem.

The new Braskem plant will have a production capacity of 450,000 metric tons of polypropylene per year. Its commissioning will be added to the production of the existing Braskem unit located in La Porte, which has a capacity of 354 thousand metric tons per year. The construction will occupy part of the 800,000 m² area of the Company's complex in the region, located 40 kilometers from Houston, and will be able to take advantage of the existing support infrastructure, benefiting from the connection for the receipt of raw materials and utilities, the rail network, central control room and testing facilities, emergency response equipment, waste treatment facilities, and other synergies.

According to Fernando Musa, by increasing production capacity near the consumer market, with attractive raw material sources and well-established export channels, the plant will adequately serve Braskem's customers in the United States while bringing an attractive level return on investment for the Company's shareholders. "The investment is a true vote of confidence in Braskem's future and proof of our commitment to meeting the needs of our customers," concluded Musa.

The announcement of the new polypropylene plant is added to the commencement of the operation of the UTEC plant, a brand developed by Braskem for Ultra-High-Molecular-Weight Polyethylene (UHMWPE), also at the La Porte plant. In the United States, Braskem currently has three PP plants located in Texas, one unit in Pennsylvania, and a fifth plant in West Virginia, totaling a production capacity of approximately 1.5 million metric tons per year. Braskem also produces polypropylene in Brazil and Germany.

The new PP plant project is being developed in accordance with Braskem's commitment to sustainability, subject to eco-indicators such as emissions, water and energy efficiency, as well as recycling and reducing the volume of waste. Polypropylene is one of the most used thermoplastic resins in the plastics world, being employed in the manufacture of auto parts, packaging, nonwovens, toys, and many other applications.

For more information on the announcement and development of the new production unit, please visit: http://www.braskem.com.br/usa/delta?

About Braskem
Braskem is the largest manufacturer of thermoplastic resins in the Americas, with an annual output of over 20 million metric tons, including the production of other basic chemical and petrochemical products, with an annual revenue of R$54 billion. With the aim of improving the lives of people, creating sustainable solutions in chemistry and plastics, Braskem is present in over 70 countries, with roughly 8,000 members, and operates 41 industrial units located in Brazil, the United States, Germany, and Mexico - the latter in partnership with the Mexico-based company Idesa. 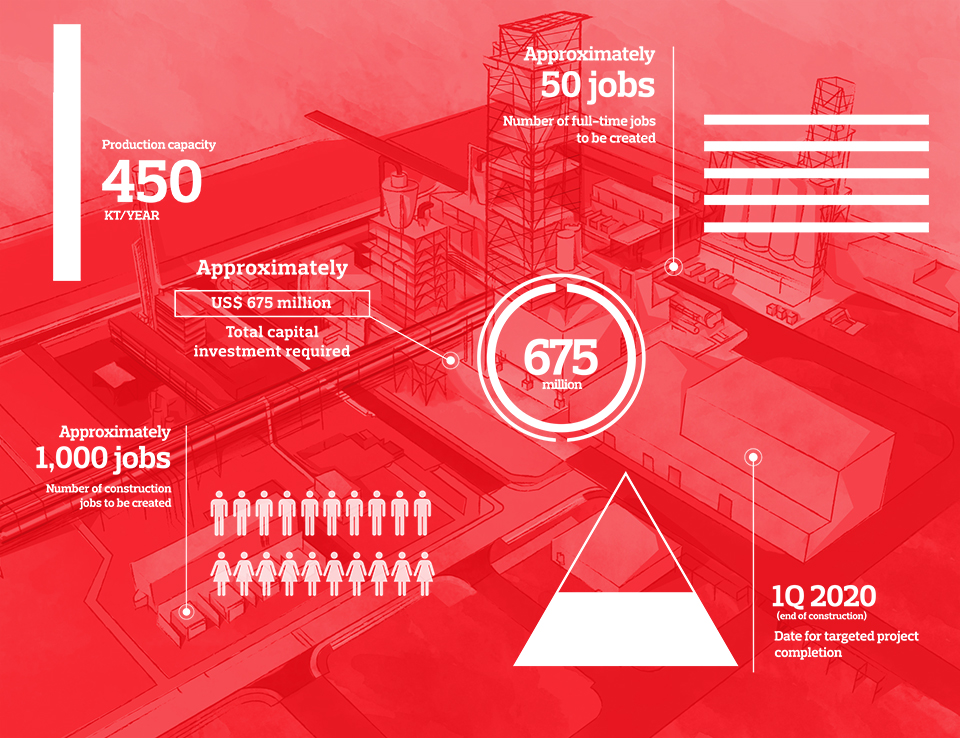