Braskem is the largest petrochemical company in the Americas and ranks fifth in the world in production capacity of thermoplastic resins (polyethylene, polypropylene, and polyvinyl chloride) and basic petrochemicals (such as ethylene, propene, butadiene, etc.). It is also a global manufacturer of biopolymers, with an annual capacity of 200,000 metric tons for production of the I’m Green™ Polyethylene, produced from sugarcane, 100% from renewable sources.

With an emphasis on growth opportunities for the coming years, Braskem defined its work base based on ten strategic macro-objectives for sustainability. Strengthened in 2016, with new goals to be achieved by 2020, this work guides the actions of the Company at all levels, and its implementation and results are monitored by sponsors from various areas, who are chosen according to their area of action and the relation to the risks and opportunities associated with a given macro-objective. 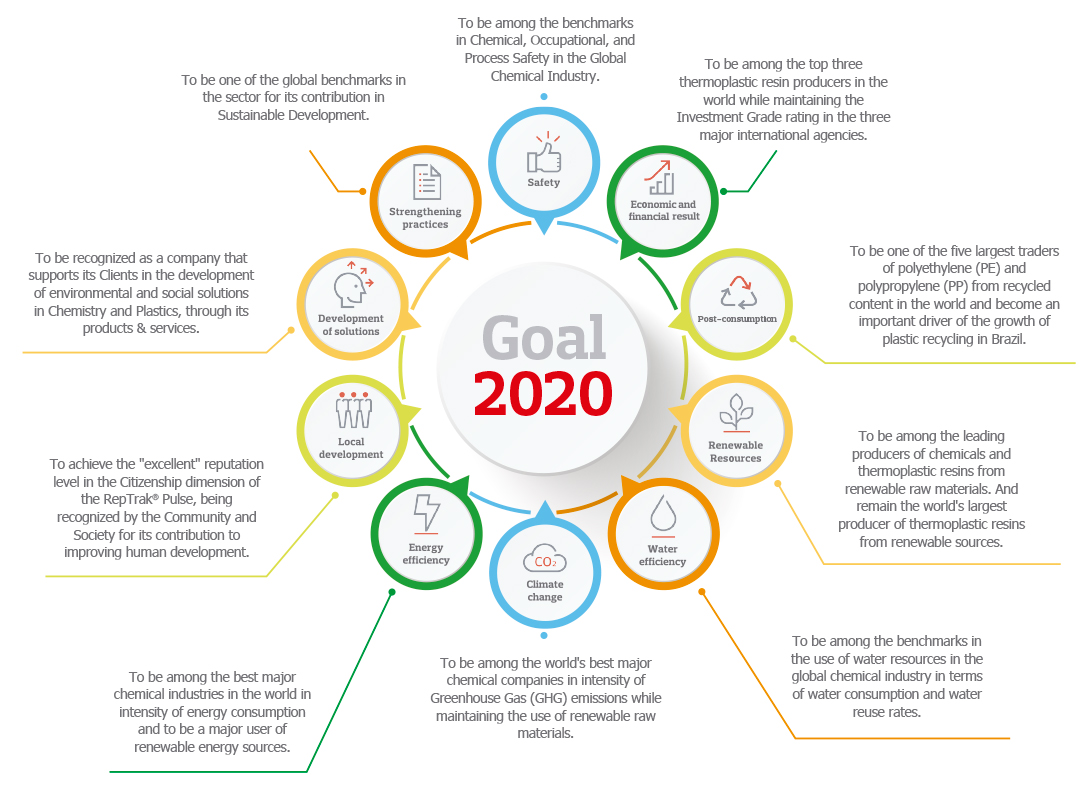 Learn more about the international forums and discussions of which Braskem actively participates in to motivate the industry for sustainable development: http://www.braskem.com.br/voluntary-commitments

Braskem believes that an action based on ethics, integrity and transparency is crucial for the Survival, Growth and Perpetuity of its Business. This belief requires a continual assessment and updating of its Business Policies, including those that govern Compliance. Therefore, in 2016, the Company began a process to review its structure with the main focus being on improving and strengthening compliance in business practices and processes.

The maturing of Braskem’s global presence, coupled with greater productivity gains from the improvement and synergy between operating and commercial units, ensured the Company’s positive results in 2016.

Supporting the development of the industry through investments in innovation and technology is part of Braskem’s strategic vision. As a result of the Company’s global commitments to the advancement of sustainability, innovations are crucial for the reduction of environmental impacts inherent in large-scale industrial production and the generation of new businesses resulting from disruptive creations that can ensure supply exclusivity based on the protection of patent rights.

Innovation in Figures in 2016

Development of Products and Solutions

A polypropylene resin with High Melt Strength properties. With the product, which was specially developed for the production of high-performance foams, the Company intends to establish partnerships for the development of new applications in the automotive, industrial, packaging, construction and home appliances markets.

Developed especially for stretch film extrusion, the polyethylene resin serves primarily the market for cargo protection during transportation. The current portfolio is completed by Braskem Flexus Cling, which is indicated to compose the outer layer of the film, granting excellent grip performance and low unwinding force for the final product.

A new polyethylene resin that provides high gloss and better finish for rigid blow-molded packages. It is in line with market trends and expands the offer of products to markets for packaging for cosmetics, hygiene and cleaning, and food.

Braskem consolidated in 2016 the project for the development of a Green Polyethylene solution for 3D printing in zero gravity environments. The project was conducted through a partnership between Braskem’s Innovation and Technology team and Made in Space, a leading U.S. company in the development of 3D printers for zero gravity operation and a NASA supplier. The technology enables the manufacture of tools and spare parts in the space with renewable resins, ensuring greater autonomy to the space missions.

Wecycle, a Braskem platform that seeks the recovery of plastic waste along the production chain, has made major advances throughout 2016. The first polypropylene and polyethylene resins made from fully recycled content were launched. Combined production volumes can reach 50 metric tons per month.

In 2016, Braskem held the second edition of Braskem Labs, an incentive program for entrepreneurs that have solutions that focus on sustainability and innovation and generate social impact. The program expanded its thematic scope by accepting applications for proposals for chemical solutions, as well as the focus on proposals for socio-environmental plastic solutions. As a special topic of the year, Braskem Labs has also opened two vacancies to select projects to combat the Aedes aegypt mosquito.

Braskem has been developing several projects based on the Life Cycle Assessment (LCA) studies, a technique used since 2005 to assess the environmental aspects and potential impacts associated with a product. In the period 2011-2016, forty-one LCAs and five Carbon Footprint studies were completed, identifying the advantages and priority areas for product improvement.

Braskem’s fundamental principle is the practice of responsible management, based on trust and transparent dialogue with all its stakeholders, the highlights being the Team Members, Communities close to their business activities, Customers, Suppliers, and the Government, in its different spheres.

In Brazil, Braskem and its Team Members invested R$27.5 million in socio-environmental, cultural and sports projects, divided into three fronts:

With more than eight 8,000 Suppliers spread across its operations worldwide, Braskem seeks to ensure a close monitoring the behavior of its partners, expecting attitudes that are in line with the Company’s ethical, social and safety principles. Thus, only contractors in compliance with their regulatory, tax, technical and administrative qualifications, as well as being in a healthy economic situation, are considered.

With Customers in the most diverse segments of the industry, Braskem is continually seeking to maintain and expand a collaborative relationship with its partners.

Visio is a platform that integrates the exchange of Braskem’s knowledge and experiences with Customers. In 2016, 909 Customers were served by Braskem’s Polyolefins Unit in Brazil (Polyethylene, Polypropylene and Renewable Chemicals). According to Visio records, 89 Clients were involved in 126 initiatives implemented throughout the year, such as new formulations of grids and products, technical follow-ups, audits, and training.

The Plastic Chain Incentive Program (PICPlast) is an initiative by Braskem in partnership with the Brazilian Plastic Industry Association (ABIPLAST). The objective is to encourage the development of the plastic production chain based on three axes: promoting the processed PE and PP exports, encouraging competitiveness and innovation in the sector, and promoting the advantages of plastic.

Motivated to offer solutions to the challenges of the sector, in 2016 the Company resumed a number of actions to defend the competitiveness of its production chain. One of the subjects that remained in the agenda of discussions was the Special Regime of the Chemical Industry (REIQ).

In turn, Reintegra, a government program that reimburses exporters of manufactured goods a percentage of the revenue from foreign sales and compensates them for indirect taxes, operates at a lower rate than expected by the sector since it underwent a revaluation in 2015. 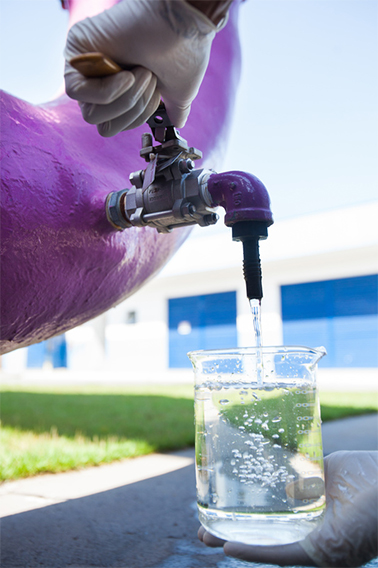 The Company invested R$ 103.9 million in Health, Safety and Environment projects in 2016.

100% of SEMPRE (Integrated Health, Safety, and Environment System) audits were carried out, certifying 90% of the units.

Energy Efficiency: best historical result, with a total reduction of 14% since the beginning of the measurement in 2002, achieving the target agreed for 2016 of 10,25 GJ/t.

Climate Change: highlight to the first inventory of GHG emissions from operations in Mexico.

Please choose a category to identify yourself.